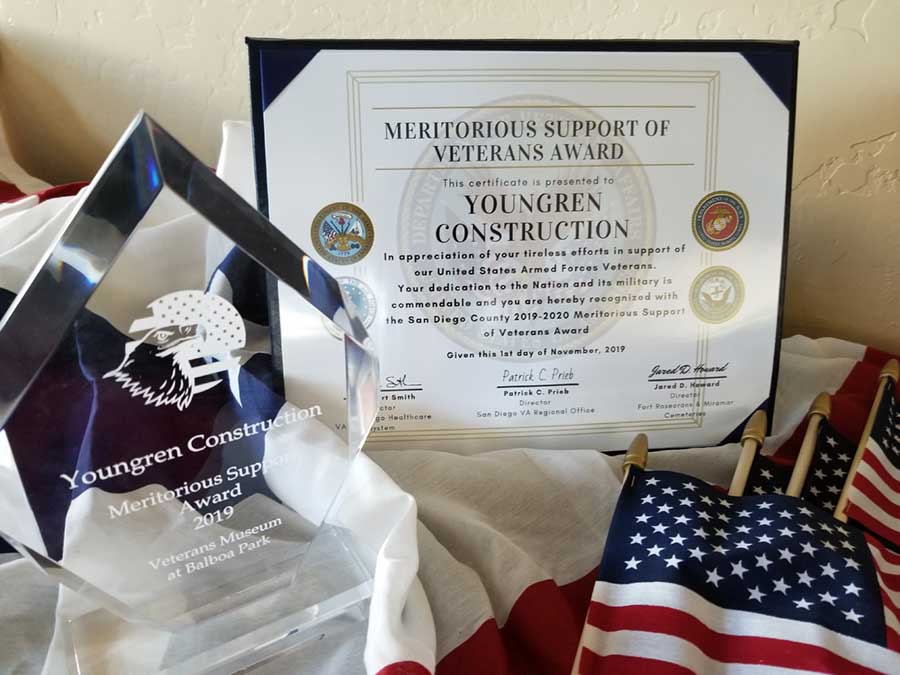 Youngren Construction was selected as 2019-20 recipient of the San Diego Meritorious Support of Veterans Award at the 30th Annual San Diego County Veteran of the Year Awards Luncheon on November 1, 2019. The event celebrates the excellence of veterans’ contributions to community and country and recognizes those who support them, such as Youngren Construction, who partners with Homes For Our Troops .

Youngren was nominated by the State’s 38th District Senator Brian Jones, whose district encompasses much of inland San Diego County, including Fallbrook. In addition to receiving the award, co-owners Scott and Jennifer Youngren were invited to participate in the 2019 Veterans Day Parade in Balboa Park. 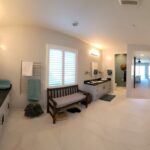 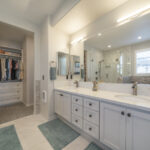 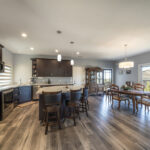 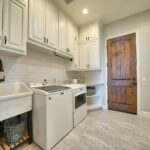 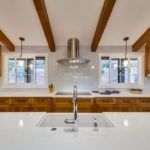 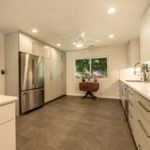 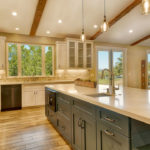 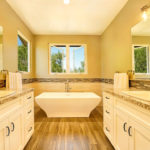 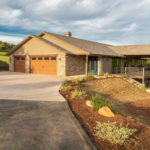 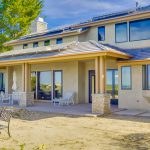 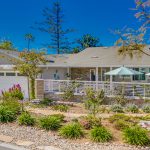 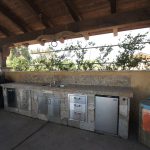